Founded in August 2014 by friends and work colleagues, Cassie Greenland and Kylie Hayes created CK Recruitment. From the onset CK Recruitment focused on PEOPLE, rather than traditional recruitment models. Fast-forward, CK Recruitment is now celebrating 5 years in business! Over the past 5 years, CK Recruitment has built a reputation of service excellence where the highest professional standards are maintained and 24/7 care is demonstrated when dealing with clients and candidates alike. To date, the team have helped more than 3500 candidates find new jobs with over 60 companies across Greater Sydney and beyond.

Commenting on the anniversary, Financial Controllor (and Cassie’s mum) Trish Fulcher provided some insight into the creation of CK Recruitment;

‘It all started with two young mums fed up! Fed up with the way they were treated and sick of doing it for everyone else. Knowing they needed a change.’

In a time already clouded by uncertainty, with Kylie heavily pregnant and Cassie fighting a custody battle, the pair quit their job to pursue bigger and better things. Not quite knowing what ‘bigger and better’ was, Cassie and Kylie dreamt of owning a cafe. It was however the honest guidance from Trish, telling the girls to”stick with what you know” that started Cassie and Kylie on their OWN recruitment journey. Having two extremely determined mums with the support of their own mums, there was no stopping Cassie and Kylie. In turn, C(assie) K(ylie) Recruitment was formed.
From an outsider looking in, one would be forgiven for thinking it was crazy to start a business with a new born baby or during a custody battle. In spite of all that, Trish believed ‘that was the best time. It made them stronger and it was the best thing for their family. They had to find balance’. Further affirming,

‘that sort of friendship could survive anything.’

Starting with nothing and going door to door forging new client relationships, the girls ‘went after the work, they worked bloody hard for it’ emphasised Trish.
With many sleepless nights, and money not coming in as quickly as expected, the girls started losing confidence and started feeling deflated. However, with the on-going support of their family and friendship, their courage and confidence ignited. It was at this turning point Cassie and Kylie began to build and establish a strong reputation throughout the industry. Trish saying, ‘they got people to believe in them’.
Within the first 6-months, hard work and persistence soon began to pay off and a number of clients were successfully signed. From there, CK Recruitment grew from strength to strength!
Only two years in, CK Recruitment expanded it’s Campbelltown office space into neighbouring office suites to accommodate the growing team and received its first Campbelltown Local Business Award nomination. Fast-forward one year, CK Recruitment again expanded its internal team after winning a major tender within the Local Government sector and won the Local Business Award for Professional Services. Trish  says, it was these two major achievements that ‘reinforced the girl’s hard work; the business blossomed’.
With a lot happening since then; being recognised on a national level by the RCSA,  being listed in CV Magazine’s 2018 Recruitment Top 50, moving to a larger office space and winning the 2019 Campbelltown Local Business Awards. CK Recruitment has a lot to celebrate and be thankful for.
To celebrate this enduring milestone, we closed our office doors early Friday to celebrate! The day was filled with laughter, happy tears, cake and memories of our time spent together.
If you would like to see more photos from the CK Recruitment Birthday celebration, be sure to follow CK Recruitment on Instagram & Facebook 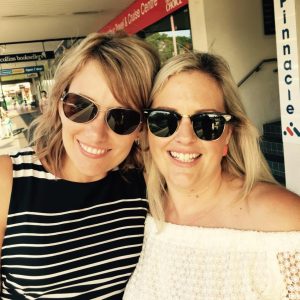